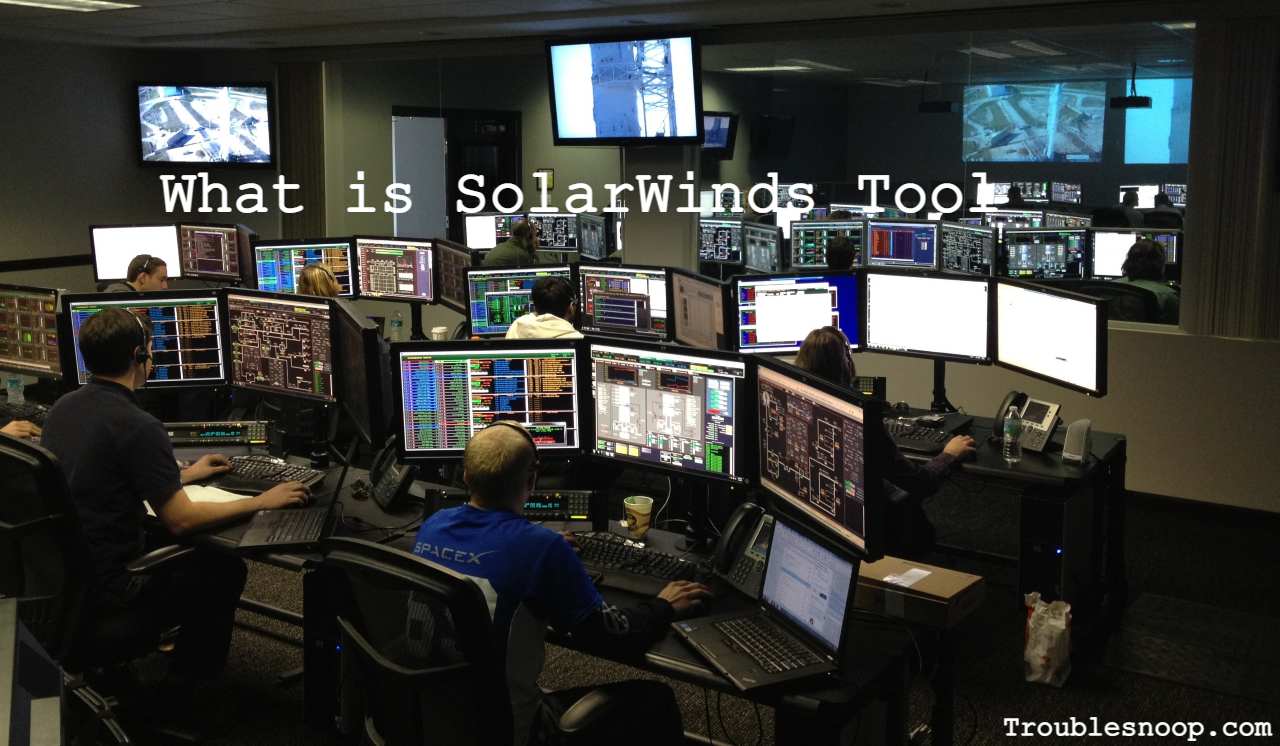 As the networking domain is increasing day by day, more global, many companies need a proper network connection. For this they need some tool to give them information about their infra, they don’t know which device is up and which device is down, and in other cases, companies want their system support machine virtualization, hardware changes, and run an application across disparate data centers. To ensure these complex IT infra they need an infrastructure monitoring tool that is SolarWinds Tool.

Why SolarWind Tool is important for Monitoring?

The foundation of any IT company depends on its INfrasutucture if something happens to their infra like servers or routers then it all affects company review. If we don’t need any effect then we need to check each and every company devices which is used for production and for this manual check we need more man power to avoid more man power and time.

We switched to SolarWinds Tool this tool gives all information that is configured in the tool.

Infrastructure monitoring can also help your organization meet service level agreements (SLAs). IT department set SLA for the performance they can expect from the device, network, servers, and resources they use.

SolarWinds is an American company that develops software to help the company to manage their infrastructure and IT technology infrastructure. SolarWinds Head office situated in Austin, Texas.

SolarWinds Company is founded in May 1999 and the founder of the company is Donald Yonce, David Yoncethey. They have more than 3,200 employees and their yearly Revenue is near about $938.5 Millions. FOr more details go to their Official Website.

All about SolarWinds Tool

SolarWinds® Network Performance Monitor (NPM) makes it easy to quickly detect, diagnose, and resolve performance issues before outages occur. This affordable, easy-to-use tool delivers real-time views and dashboards that enable you to visually track and monitor network performance at a glance. Plus, using dynamic network topology maps and automated network discovery, you can deploy and keep up with your evolving network.

You can also see detailed information about your device in SolarWinds Tool with the help of graphs and maps with few clicks.

Schedule network scans from an easy-to-use, Web-based discovery wizard; identifying new network devices and ensuring you are monitoring all of your critical equipment.

Get at-a-glance insight into the health of your network hardware by monitoring, alerting, and reporting on the state of key device sensors including temperature, fan speed, and power supply.

Drag and drop network devices to custom network maps and automatically view connections between devices and their real-time status.

Simplify network troubleshooting with a Web interface that is Logical, Useable, Customizable, Interactive, and Drill-down (LUCID).

Get a central view for all of the notification messages about your network’s performance so you can streamline troubleshooting with alerts, syslog data, events, traps, and other messages in a single interface.

Group network devices by virtually any category and roll up network performance and service level status by location, business center, or any other grouping.

Manage wireless thin and autonomous access points and their associated clients. Now SolarWinds NPM can monitor your wireless devices alongside your wired devices and provide you with alerts, reports, and Top 10 lists for your wireless infrastructure.

NOTE – The minimum server requirements listed assume default configuration. Significantly increasing the poll rate or statistic collection rate could result in additional load on the server, which may require a larger CPU or additional memory.

A widespread hack that took advantage of a back door in SolarWinds software has hit one of the world’s biggest technology companies, Microsoft, which has likened it to an “attack” on the country itself.

Like other SolarWinds customers, we have been actively looking for indicators of this actor and can confirm that we detected malicious Solar Winds binaries in our environment, which we isolated and removed,” said Microsoft spokesperson Frank Shaw on Twitter, confirming a Reuters report of the attack on Thursday.

The hack of the Austin-based SolarWinds was first reported on Sunday and may be the biggest to hit the U.S., with around 18,000 companies—including many on the S&P 500—and major U.S. government agencies swept up.

Cyber-Security Lessons from the SolarWinds Hack

Cyberattack done on Solarwinds most famous company of the software it compromised the system of several of the largest US public companies and government agencies.

“Software supply-chain risk is far from a new concept. Over the last decade, we’ve seen many instances of what happens when the supply chain is tampered with and subsequently tainted. What makes this problem intractable is that every business, whether they acknowledge it or not, relies on a software supply chain for both homegrown and third-party applications.”

Cisco Systems Inc. was compromised as part of a suspected Russian campaign that has roiled the U.S. government and private sector and left security experts across the country racing to assess the extent of the damage.

Some internal machines used by Cisco researchers were targeted, the networking equipment maker said. The company said its security team moved quickly to address the issue and that the “affected software” has been “mitigated.”