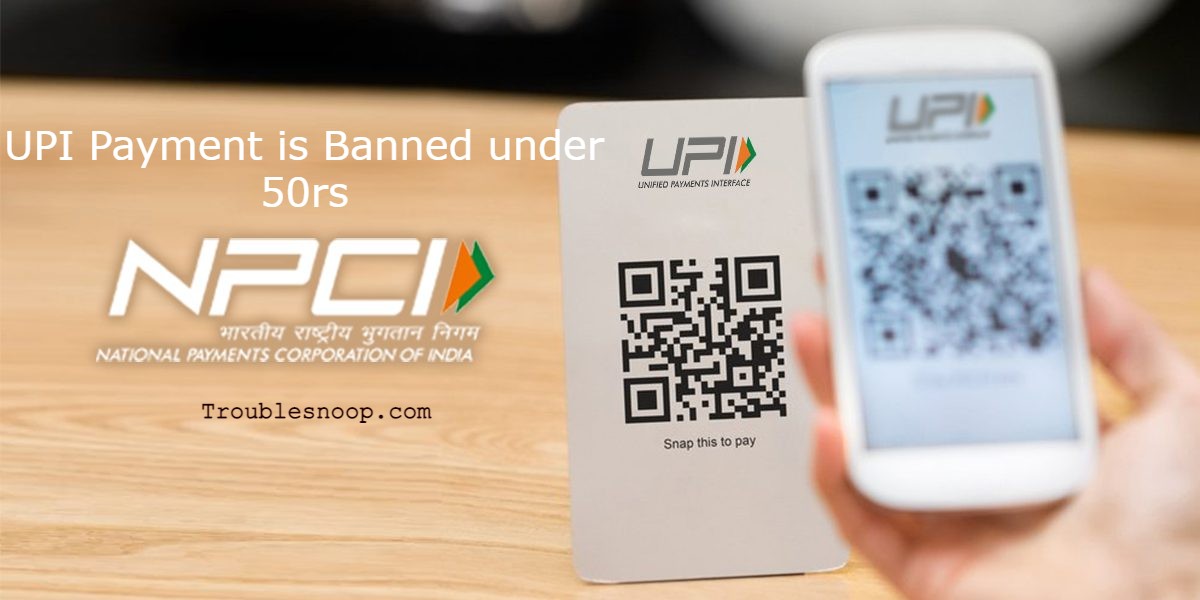 UPI Payment is banned under 50rs for all Gamming transaction due to a lot of users do their transaction of 1rs to 10 rs this cause delay in UPI transaction.
The National Payment Corporation of India (NPCI) is set to ban all gaming UPI transactions under Rs 50.

According to The Economic Times, these new rules are set to be announced soon.

The suge in UPI transaction is due to covid pandemic which cause in increse in bank outages.

Accordning to sources, ET reported that transaction spike increses during this IPL matches, which increse transaction load to bank upi servers and some users get failed transaction screen to avoid this type of outage NPCI decided to block below 50 rs transaction through UPI.

“This is to inform you all that (National Payments Corporation of India) NPCI will block all UPI transactions of INR 50 and less for all gaming merchants. The timeline for the same is unknown yet but from some resources, we have heard that it might be done in the next 24 hrs. We request you to be prepared with this and let us know if Paytm can help you in any way,” read the message accessed by Outlook.

industry sources have confirmed that NPCI has seen an ‘unusual’ growth in the number of transactions people are making on IPL.

Also Read: How to Change UPI pin in GPay?

According to Outlook India, a renowned Bollywood star is promoting a fantasy game where one can become a millionaire by waging as little as Re 1.

How it will affect to your transaction?

If this happens more then your payment will failed some time and may get error while doing any payment to other. Alternatively, you can use other payment forms such as net banking, credit and debit cards. If you got any error through UPI.

Some industry experts believe that this move will make the UPI transactions across the country more efficient and reliable. Bank outages will significantly reduce if this update is rolled out by the NPCI.

“Why would a limb of the government be an antithesis to the Made in India program, by the same government, intended to fuel the tech business growth?”
Manav Sethi, Chief Marketing Officer – Octro Inc.