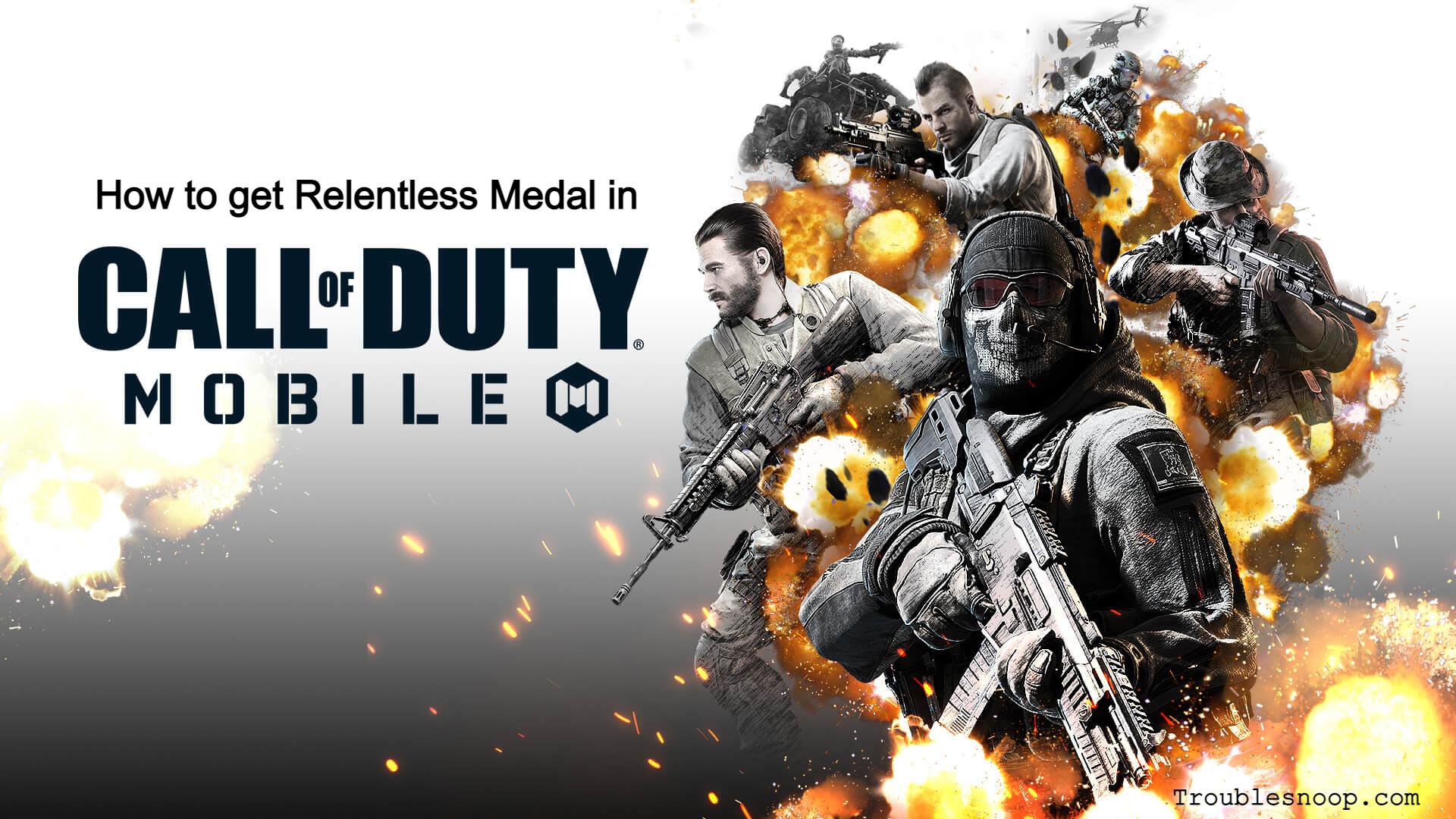 The Relentless medal is one of the Multiplayer mode medals that players can earn.

CPD mobile is a very highly competitive game in the BR genre that has archived some remarkable feasts. The gaming company offers an HD quality gaming experience on your mobile.

What is Relentless Medal in Call of Duty Mobile?

If you earned this medal then it’s the impact on your profile and ranking in matchmaking on call of duty mobile game. The Relentless medal comes in multiplayer battle challenges and you can win this medal by kill streak.

How to get Relentless Medal in Call of Duty Mobile?

We will get Relentless medal when our killstreak is more and also we have to complete particular missions.

1. Player have to select Multiplayer mode with your team, In Team may contain your friend or random players.

3. They must equip their preferred loadout.

4. Select the map for multiplayer battle and lets began the game.

5. To get the Relentless Medal, you must kill 20 enemies without dying.